Benefits Of Ayurveda As Compared To Allopathy. | yogveda

Benefits Of Ayurveda As Compared To Allopathy. 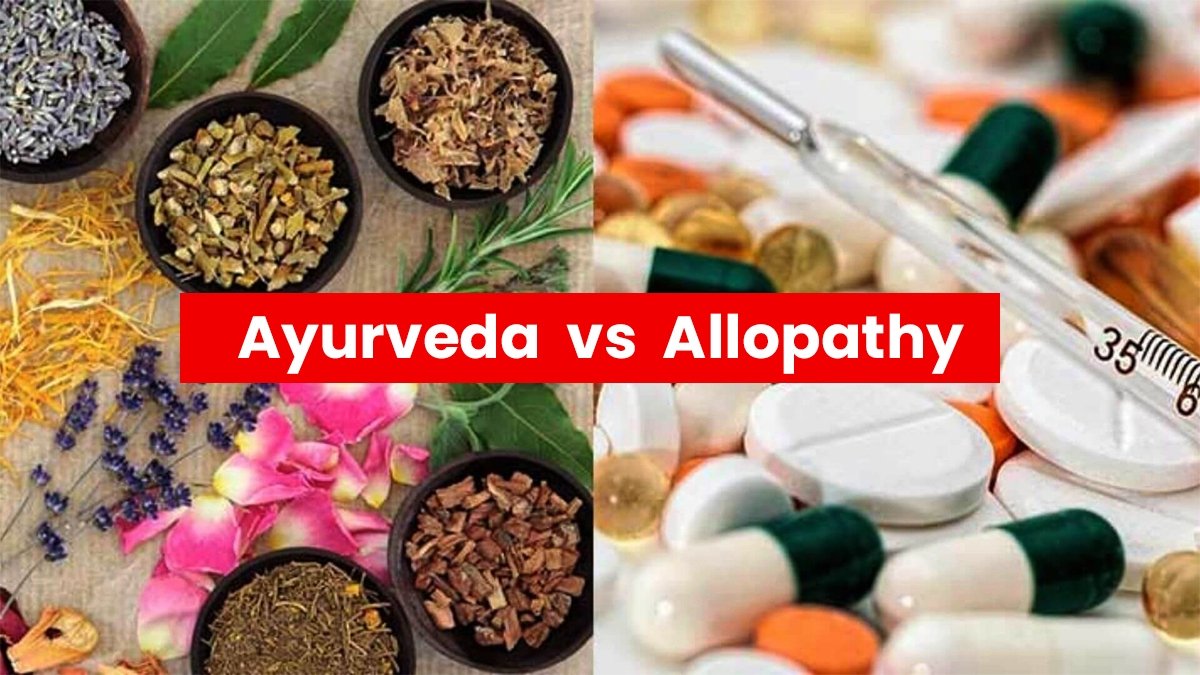 Benefits Of Ayurveda As Compared To Allopathy.

Ayurveda is precisely one of the oldest ways of health care. Introduced at least 5000 years ago in India, Ayurveda uses natural and organic herbs to treat diseases. Over a large span of time, Ayurveda was the only option available, however, treatment using allopathy is now taken more into practice.

Although allopathy is an effective option yet there are multiple drawbacks of using allopathic medicines. These just not only affect your lifestyle but affect your health as well.

Major Difference Between Ayurveda And Allopathy.

In this article, we will try to showcase some of the common differences between Ayurveda and allopathy medications.

Ayurveda cures the root cause of the issue. It is helpful to eliminate disease permanently and give relief. On the other hand, allopathy medicines are used to give instant relief. It affects the signs and symptoms which doesn’t make sure the disease is cured permanently.

The philosophy of Ayurveda is to cure disease and help people live fit and happy lives. While allopathy treats the disease based on symptoms.  Another major difference between allopathy and Ayurveda is related to the way of treatment.

Allopathy uses signs and symptoms to treat the disease which can be different for different people. In Ayurveda treatment is given on the basis of every individual. (Kaph, Pitta, Vatta)

Side effects of Allopathy vs Ayurveda.

Ayurveda generally comprises fruits, vegetables, spices, and other herbs. The compositions are absolutely organic. Thus there is hardly any side effect of it. Allopathy drugs are produced using chemicals. These processed chemicals provide instant relief but have side effects. The common side effects include allergies, joint pains, dizziness, etc.

Allopathy is a comparatively new branch of science as compared to Ayurveda. However, there is much research that has to be done yet. Allopathy doesn’t have a cure for diseases like jaundice, piles, etc. Whereas Ayurveda has a cure for it.

Ayurveda can help you to escape from getting surgery. Kidney Stone Issue, Gall Bladder Issue, Piles problem can be easily treated without undergoing any surgery.

Although Ayurveda acts slowly its effect is permanent. Ayurveda also ensures you don’t attract any new disease while under the medication which is very common in allopathy.

As far as the pricing is concerned, ayurvedic medication is more cost effective as well.

There has been a huge spike in the number of people shifting to Ayurveda. If you are also looking forward to getting effective ayurvedic treatment, ensure the medicines are unadulterated and come from a trusted space.

So, next time if you need help regarding any illness, break the chain of allopathy and shift to efficient and effective ayurvedic medication.

There are multiple questions that revolve around kidney stone treatment. Patients are mostly confused with the suggestions which they... read more

How To Treat Gallstones by Ayurvedic Medicine?

Pittashmari is also known as Gallstone. The most common disorder of the binary tract is the formation of gallstones.... read more

What is a kidney stone, and why do they form? Kidney stones are hard deposits of minerals, acid salts,... read more

Swellings that develop inside and around the anus are often defined as piles or hemorrhoids. These are generally blood... read more

How to dissolve gallstone naturally with Ayurveda?

A healthy liver helps to eliminate toxins. It also helps to process cholesterols, hormones and increase the metabolism of... read more

DEFINITION OF STONE :    Apiece of hard material that can form in some organs in the body or... read more

Know About High Blood Pressure: Cause, Symptoms And Cure

Blood pressure is the force of the blood flowing through the arteries. Arteries are the blood vessels that carry... read more

How to know your piles issue needs surgery?

Most people are concerned with the pain around the anus. Generally, it is also accompanied by mucus and bloody... read more

What is polycystic ovary syndrome (PCOS)?

PCOS is a disorder in women of reproductive age. It is related to hormonal disorder.  It occurs when excessive... read more